The first issue of humus, a magazine about the culture, strategy and technology of ceramics published and distributed by Fondazione Iris and edited by Gianni Sassi and Sergio Albergoni of the agency Al.Sa, was first published in April 1973 and came out every four months thereafter. humus was an unusual, forward-looking publication that broke away from the traditional idea of the house organ to serve as a true tool for a critical reinterpretation of planning for society and unplanned society. Six issues were published, and right from the start the magazine had very ambitious goals for a corporate publication, promoting in-depth visual and cultural research revolving around the product.

The editorial column in the first issue announced that the magazine’s goal was to “redefine ceramic”, which meant continually reviewing the material’s technical uses and its strategic aesthetic, urban planning, economic and “civic” uses. The broader goal was to address issues linked with the environment and its redesign in social terms and from the point of view of the quality of life. To do this, humus found its place in everyday life, with an elastic definition of the boundaries of its disciplines, oriented toward analysis of a variety of cultural phenomena.

Ceramic was one of the magazine’s key focuses, with sections specifically about the company, pages of advertising for Iris Ceramica products characterised by verbal and visual inventions and by spectacular product presentation, and the introduction of promotional initiatives demonstrating a constant focus on the theme of the environmental design.

Two natural habitats were designed to restore a tangible relationship with nature: the “Punto di Incontro Iris” pavilion, made entirely of white larch, presented at the Salone Internazionale dell’Industrializzazione Edilizia di Bologna (SAIE) in 1973, and “Agorà”, an experimental space and “proposal for living” serving as a place for people and materials to come together and interact. There were also important articles about great masters of ceramics and techniques for working with the material, defined as a biological process saved from the economic and industrial implications of modernity.

In addition to ceramics, the magazine addressed a great variety of other topics: from Frank Zappa to the Californian freak schools, from videotape to Monument Valley, from Italian pop to New York graffiti, from the rag market in Resina, Ercolano, to avant-garde movements in music and art. The publication covered visionary proposals, such as Pollution and luogo di ritorno della individualità: la persona (“The place of the return of individuality: the person”) by Gianni-Emilio Simonetti, with analysis of the theme of quality of life in relation to a number of social issues linked with the emergence of environmental issues and the explosion of the oil crisis: the chemical cycle and the issue of food were addressed critically and illustrated on the basis of a number of different scientific and journalistic sources. Clearly demonstrating the publication’s eclectic format linked with the analysis of a variety of cultural phenomena, each issue closed with a feature called Magic Circus, with reviews of “music, art, the performing arts, literature, travel, adventure & similar themes” by Rara Bloom and Herta Beloit.

Humus brought a genuine yet revolutionary attitude to the analysis of all the elements that come together to determine our environment, its forms, its uses, social trends and quality of life under these conditions. 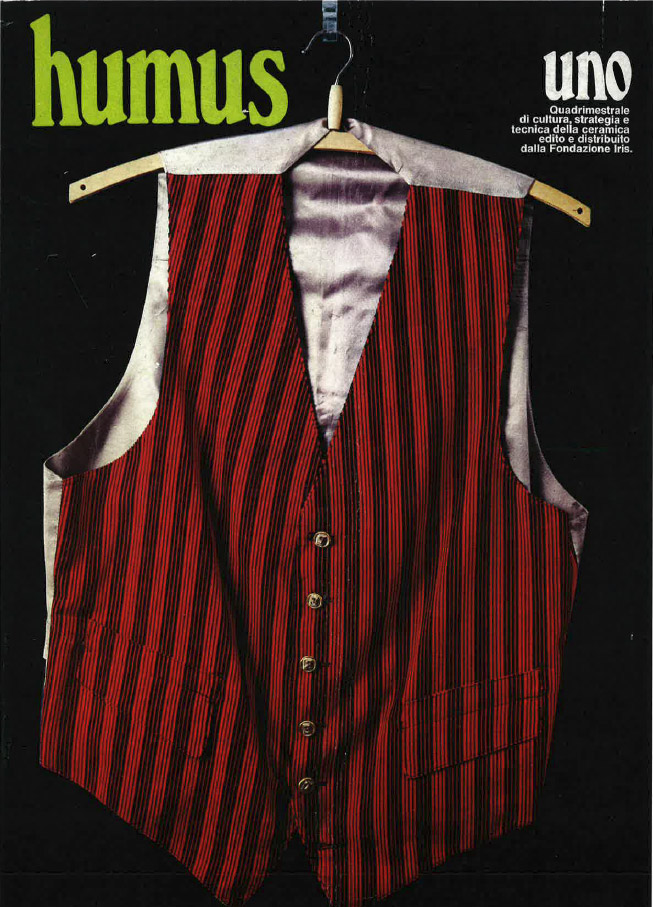 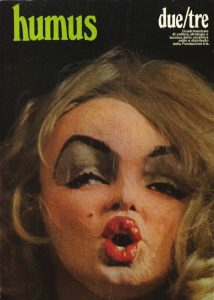 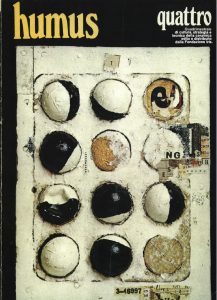 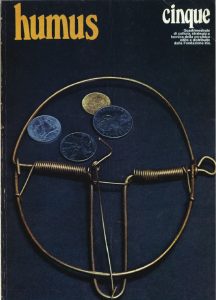 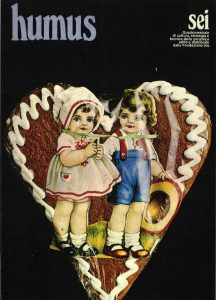